ENSEMBLE PERPETUO is a dynamic and versatile collective of musicians who perform a wide variety of traditional and contemporary chamber music, often in new and unusual settings. Cara Berridge, her brother Andrew and Fenella Humphreys formed the Ensemble’s String Trio in 2015. 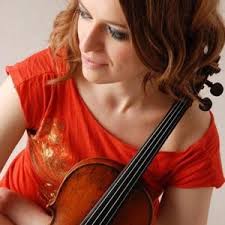 With playing described in the press as ‘unforgettable’ and ‘a wonder’, violinist Fenella Humphreys enjoys a busy career combining chamber music and solo work. A champion of new and unknown music, a number of eminent British composers have written works for Fenella. During 2014/15 she premiered a set of 6 new solo violin works written for her by leading British composers including Cheryl FrancesHoad, Sally Beamish and Sir Peter Maxwell Davies, with performances at Aldeburgh, The Forge, and St. Magnus and Presteigne Festivals etc. She has recorded these works over 2 critically acclaimed CDs for Champs Hill Records, both discs chosen by BBC Music Magazine as Instrumental disc of the month with 5 Star reviews, and Editor’s Choice in Gramophone Magazine. Concertmaster of the Deutsche Kammerakademie, Fenella also enjoys guest leading and directing. Her teachers have included Sidney Griller CBE, Itzhak Rashkovsky, Ida Bieler and David Takeno, studying at the Purcell School, Guildhall School of Music and Drama, and the RobertSchumann-Hochschule in Düsseldorf graduating with the highest attainable marks. Fenella plays a beautiful violin from the workshop of Peter Guarneri of Venice, kindly on loan from Jonathan Sparey. 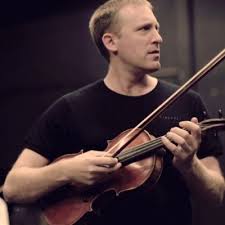 Andrew Berridge was born on the Wirral and grew up in Leeds, where he began learning violin from the age of 5. After further studies with Peter Mountain and Eta Cohen he read Law for a year at the University of Liverpool before transferring to Music. He won an Arts Scholarship that enabled him to study at the Royal Northern College of Music in Manchester, first on violin with Ben Holland and then viola with Roger Bigley and Scott Dickinson. There he won prizes for viola and chamber music before embarking on a freelance career. He joined the BBC Scottish Symphony Orchestra in 2003 – its youngest member at the time – as co-principal viola. Since then he has also appeared as principal with the RLPO, RSNO and SCO as well as performing with various chamber groups including Red Note and Hebrides Ensemble. Andrew is a member of the Scottish Ensemble, and teaches viola and chamber music at the Royal Conservatoire Scotland. 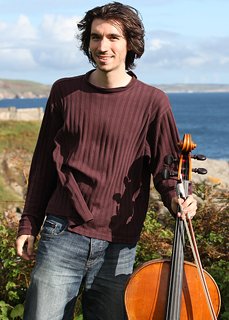 Christian Elliott is principal cellist with the Irish Chamber Orchestraand also cellist with the Zehetmair Quartet and Phoenix Piano Trio. He enjoys a varied career as chamber musician, orchestral musician, and soloist. Christian is also a frequent guest member of existing chamber groups, such as the Arowonitz, Hebrides, and Mercury Ensembles. He has played as guest principal with the BBC Philharmonic Orchestra, the Welsh National Opera Orchestra, the RSNO, and the Royal Northern Sinfonia, and frequently plays with the Scottish Chamber Orchestra and the Halle Orchestra. Christian began his musical studies with his father, guitarist Garry Elliott, at the age of nine. When he was 13 he had the opportunity to learn the cello with Pawel Szymczyk-Marjanovic. He furthered his studies with Don Whitton and Thomas Wiebe, before taking his Bachelors degree at McGill University with Matt Haimovitz. Subsequently he studied at Manchester’s Royal Northern College of Music with Hannah Roberts and Ralph Kirshbaum, taking part in masterclasses with Steven Isserlis, Frans Helmerson, and Miklós Perenyi.

To find out more about Ensemble Perpetuo, visit their website