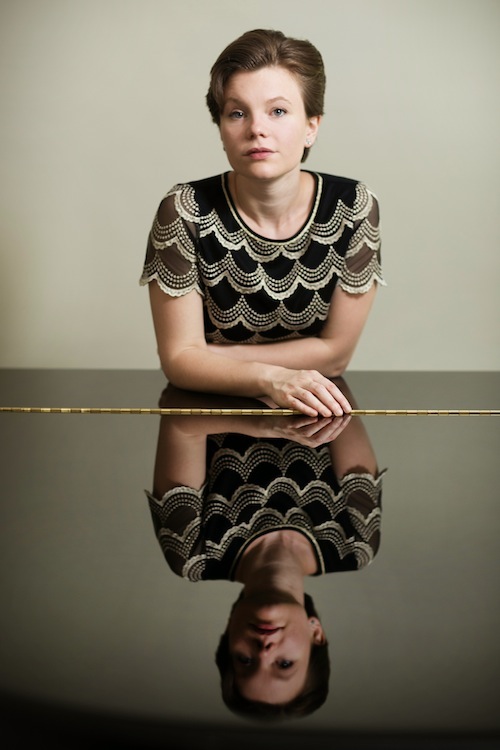 Acclaimed as a pianist of “amazing power and panache” (The Telegraph), Clare Hammond is recognised for the virtuosity and authority of her performances and has developed a “reputation for brilliantly imaginative concert programmes” (BBC Music Magazine, ‘Rising Star’). She recently won the Royal Philharmonic Society’s ‘Young Artist Award’, in recognition of outstanding achievements in 2015. Highlights in 2016 included a performance at the Royal Festival Hall with the Philharmonia, and a concerto tour of Poland, with a newly discovered work by Josef Myslivecek, a mentor of Mozart.

Clare completed a BA at Cambridge University, where she obtained a double first in music, and undertook postgraduate study with Ronan O’Hora at the Guildhall School of Music & Drama and with Professor Rhian Samuel at City University London. She completed a doctorate on twentieth-century left-hand piano concertos in 2012. In 2014 she was paired with French pianist Anne Queffélec on the Philip Langridge Mentoring Scheme run by the Royal Philharmonic Society.

Contemporary music forms an important part of Clare’s work. She has given 35 world premieres including those of major works by composers Robert Saxton, Michael Berkeley, John McCabe and Arlene Sierra. Recently she has premiered and recorded concertos for trumpet and piano by Geoffrey Gordon, Toby Young and Nimrod Borenstein with Simon Desbruslais and the English Symphony Orchestra, to be released on Signum Records.

Visit Clare’s website for further details and to listen to her playing. You will also find there a recording of an interview on Radio New Zealand where she talks about her role in the film Lady in the Van. (Mary Shepherd, who lived in a van on Alan Bennet’s drive, was really Margaret Fairchild, a former gifted pupil of Alfred Cortot. In the film, Clare plays the piano as the young Miss Fairchild).