We do not sell tickets for this concert, admission is by donation on the night. 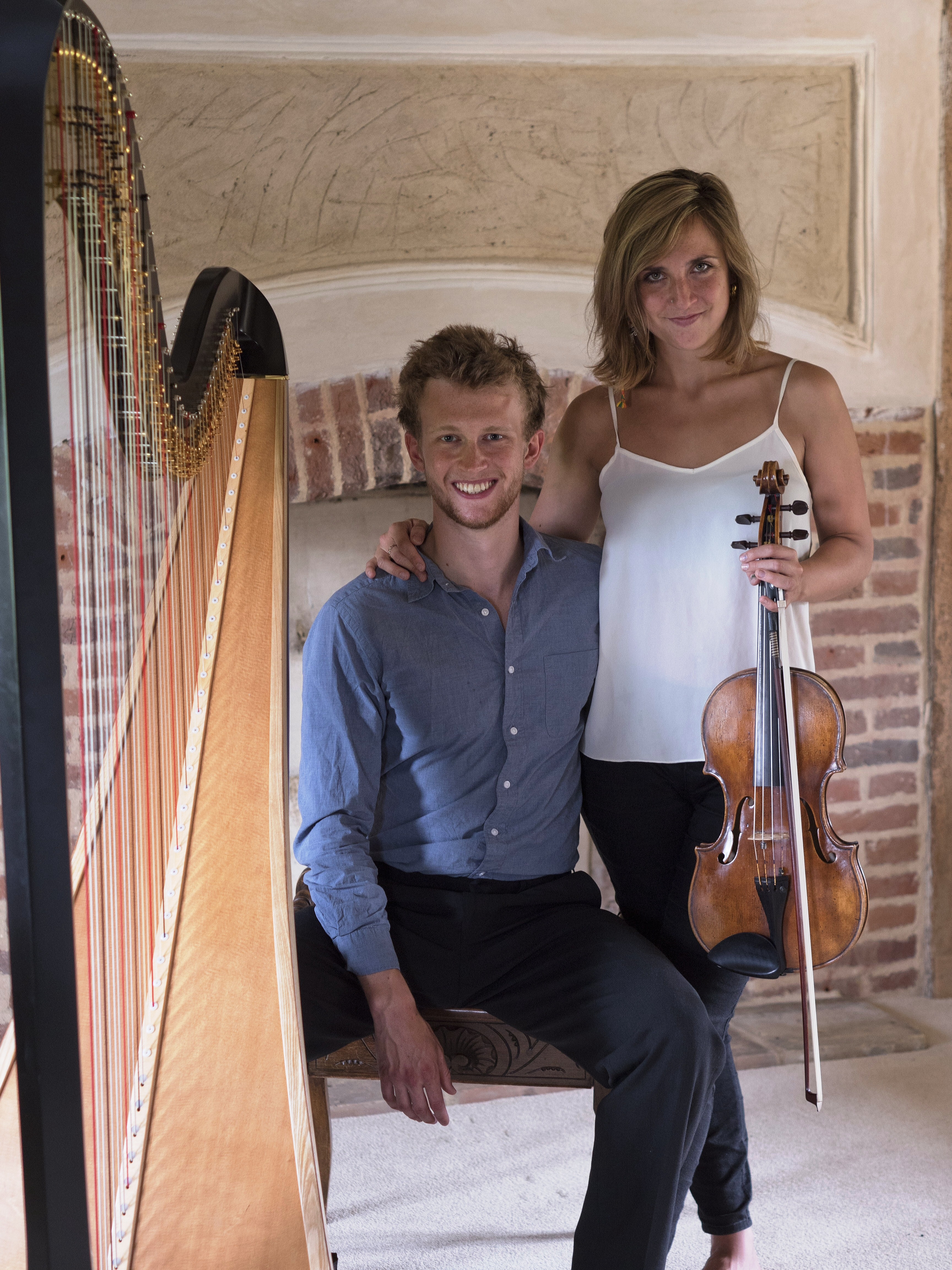 Luba Tunnicliffe ~ viola, is just finishing her postgraduate study at the Guildhall School of Music and Drama, studying with David Takeno and Pavlo Beznosiuk. In November 2012 she won the Guildhall School’s Max and Peggy Morgan Award with the Bartók Viola Concerto, and was the viola soloist in Mozart’s Sinfonia Concertante with Alexander Janiczek and the Guildhall Chamber Orchestra in Milton Court Concert Hall (January 2014). Previously, she studied viola with Jacky Woods at Junior RAM where she was joint winner of the 2010 Concert Prize.

Luba participated in both the LSO Strings Scheme and Academy in 2014. She is a member of the Volta Quartet, who performed in an RPS concert recorded by the BBC in December 2014 and were commended for their performance in the Trinity Laban Intercollegiate String Quartet Competition in April 2015. She has performed in masterclasses with Nobuko Imai (November 2012), Paul Coletti (October 2014) and Thomas Reibl as part of the International Musicians Seminars in Prussia Cove, Cornwall (April 2014). Luba is the grateful recipient of awards for postgraduate study from the Worshipful Company of Haberdashers, Help Musicians UK, the Worshipful Company of Musicians, and the Countess of Munster Musical Trust. She performed a pre-concert recital at the Royal Festival Hall in March 2015 with Hannah Watson as part of the Martin Musical Scholarship Fund Series.

Luba appears  by arrangement with the Countess of Munster Musical Trust.

Oliver Wass ~ harp, graduated from the University of York with First Class Honours, and is now in his first year studying on a full scholarship at the Guildhall School of Music and Drama. While at the University of York he was awarded the highest ever final recital mark and the Blake Music Prize. He is an experienced soloist, and has performed numerous concertos, including directing the Handel Harp Concerto at the Barbican in 2011. He has also performed concertos at the London Handel Festival, the City of London Festival, with the Oxford Sinfonia, and with the World Chamber Orchestra (where his performance was acclaimed ‘divine’).

He competed in and won music festivals throughout his childhood, and as a member of the Junior Department of the GSMD is the only harpist to have been a finalist in the prestigious Lutine Competition. In 2014 he won three concerto competitions. His Flute, Harp and Viola trio recently won 1st Prize in the British Harp Chamber Music Competition, and have upcoming concerts at the Two Moors Festival and the United Kingdom Harp Association. In April this year Oliver performed the Ginastera harp concerto at the Royal Northern College of Music. In June this year the first ever British Harp Chamber Music Competition took place. Oliver won first prize, playing as a member of the Pelleas Trio with Luba and Henry Roberts – flute.

Oliver is also gratefully supported by the Countess of Munster Musical Trust and by Help Musicians UK, where he holds a Fleming Award..