There are no tickets. Admission is by donation on the night 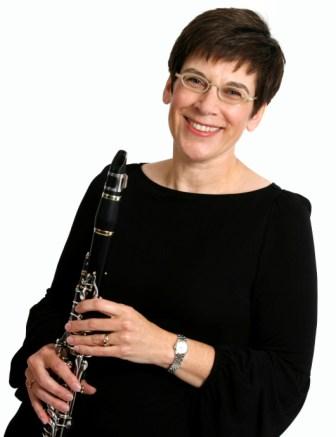 The Melandra Duo for harp and flute was formed by Maxine Molin-Rose while still a pupil at Chetham’s School of Music, the other half of the duo being flautist Debbie Adewale. However, tonight we are to hear her in partnership with clarinetist Lynn Threadgold.

Maxine Molin-Rose was born in Manchester and raised in Glossop, (whose Roman name was Melandra, hence the name of the duo). She went to her first concert at the age of 3 and decided there and then that she wanted to play the harp. She also started to play the piano at the age of 4 and was given great encouragement by her parents who were both in the Halle Orchestra.

Maxine went on to study at Chetham’s School of Music where she studied under the renowned harpist Elinor Bennet. Maxine was 10 when she won her first music festival and at the age of 15 performed her first concerto (Mozart flute and harp). At 16 she debuted at the former Free Trade Hall in Manchester.

From 1989 Maxine has pursued a busy free-lance career with some of the UK’s leading Symphony, Opera and Ballet Orchestras including the Halle, Opera North, National Symphony Orchestra, English National Ballet, City Ballet of London and Moscow City Ballet. She also pursues a solo career performing Concertos and Recitals. Maxine has entertained royalty and worked with a range of celebrities as diverse as tenor Russel Watson and rap star Kanye West.d TV work.

Lynn Threadgold grew up in Altrincham and began playing the clarinet at the age of eight. After studying Geography at Coventry Polytechnic and then spending eight years as a computer programmer for ICI, she gave up work to look after her family. Since the three boys started school, Lynn has been teaching the clarinet privately as well as teaching in a number of schools in the local area. Since starting teaching Lynn has returned to studying and has gained the ABRSM teaching certificate, the DipABRSM and an Open University degree.

Lynn is Principal Clarinet with the Bolton Symphony Orchestra and performed the Mozart Clarinet Concerto with them last September. Lynn has played the Mozart and Weber concertos with a number of amateur orchestras around the Manchester area and has performed the Richard Strauss Duett Concertino with the BSO. Lynn thoroughly enjoyed making a recent BSO recording of Richard Strauss’s ‘Ein Heldenleben’ at the new BBC studio in Salford. Lynn especially enjoys playing chamber music; she is a member of a wind quintet and enjoys playing in orchestras for Operas. When she’s not playing her clarinet, Lynn enjoys spending time with her family who all enjoy kayaking in Scotland and the Lake District.