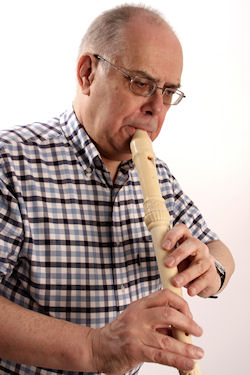 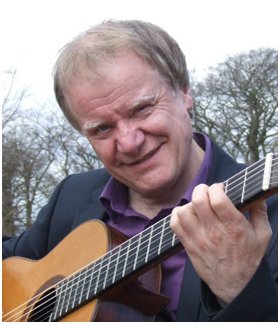 John Turner, recorder virtuoso, was Senior Scholar in Law at Fitzwilliam College, Cambridge before pursuing a legal career, acting for many distinguished musicians and musical organisations, alongside his many musical activities. These included numerous appearances with David Munrow’s pioneering Early Music Consort of London. He now devotes his time to playing, writing, reviewing, publishing, composing and “generally energising”. He has played and broadcast as recorder soloist with the Academy of St. Martin-in-the-Fields, the Academy of Ancient Music, the English Chamber Orchestra and the English Baroque Soloists, amongst other leading chamber orchestras. His recordings include no less that five sets of the Brandenburg Concertos, but lately he has concentrated on contemporary music – recent CDs include music of Alan Rawsthorne, Richard Arnell, David Lumsdaine, Anthony Gilbert and George Nicholson.

In the last years of the 20th century he played in Germany, Switzerland, Poland, France, New Zealand and the USA, and gave several recitals on BBC Radio 3 with pianist Peter Lawson. In all he has given first performances of some 300 works for the recorder, many of which have now entered the standard repertoire. His own recorder compositions are regularly set for festivals and examinations.

Antony Hopkins composer and musicologist (not to be confused with Anthony Hopkins the actor) wrote the following poem for John Turner’s 70th birthday:

When John was born long years ago
How on earth could people know
That untimately he’s become
Recorderist , surpassed by none?
Looking back upon his life,
Assisted by a loving wife,
He’ll feel, I’m sure, that it’s been good
And things have worked out as they should.
Now is certainly the time
To celebrate his life in rhyme.
John Turner, you can truly boast
That you’ve achieved far more than most.

Neil Smith is among Britain’s best-known guitarists whose reputation is world-wide. He started life as an engineer for the MoD but soon went on to play for the Mecca and Top Rank organizations in major ballrooms across the UK. There and on television, he worked alongside many stars including George Melly, Freddie Star, The Comedians and Fivepenny Piece, Bob Monkhouse, Edward Fox, Robert Hardy, Jim Bowen, Patty Boulaye, etc. Neil’s depth of musicianship comes from a career of rare variety and prestige: he played in 60s jazz-rock bands before studying classical guitar with Madame Adele Kramer (pupil of the great Miguel Llobet) of the Guildhall School of Music in London and the composer John Duarte and theory with the pianist Robert Marsh.

In 1975 he gained a scholarship to study in in Canada with Leo Brouwer and Alirio Diaz at Toronto University. His successful debut in 1979 led to tours and BBC broadcasts and a first LP record which was Pick of The Month in two journals. He toured Europe and the USSR under the baton of Sir Simon Rattle, appeared at the Scottish Proms directed by Sir Alexander Gibson and later at the Queen Elizabeth Hall and the Royal Festival Hall, and then the new Barbican Hall in a Royal Gala Weekend along with Rostropovich and Andres Segovia. His US debut drew a standing ovation and he toured coast-to-coast. He also went beyond the Iron Curtain to play in massive festivals and also for the Red Army in Transylvania. He has recorded for seven labels and has given classes globally. In 2000, he was honoured to play for Her Majesty The Queen Mother’s 100th birthday at her home in Glamis, Scotland.

His travels have become widely known in the music world via his book ‘Have Guitar, Will Travel’ where he documents his life on the road; a Molotov-Cocktail exploded near his taxi in the Belfast Troubles, a killer escaping the Police threatened him with a knife and in the USSR, he found Security Police on his trail due to his former MoD connections. At one crucial meeting, he was faced by none other than the dreaded KGB and was placed under city-arrest and threatened with a fine of $12,000. In Rome, he played for Elizabeth Taylor and Geraldine Chaplin and in Dubai for His Highness General Sheikh Mahktoum.

From Western Canada, across the USA, the Atlantic, Europe and Siberia to Japan, his tours have taken him literally round the world.He is a Fellow of the London College of Music and has been an Examiner for the University of Wales, the University of Huddersfield and a Visiting Tutor and Assessor for the Royal Northern College of Music. For a number of years he was the British representative at the great Cup of The North Festival in North Russia and in 1990 he directed Holland’s main guitar festival in Zwolle. Last season he played on Orkney and gave master classes in Italy, Austria and Southern Ireland and recently, he visited Denmark and Norway. He also writes regularly for Classical Guitar magazine.

Handel ~ Sonata in A minor

Anon ~ Greensleeves (to a ground)