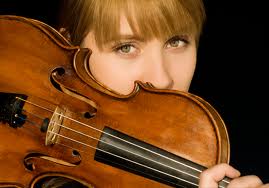 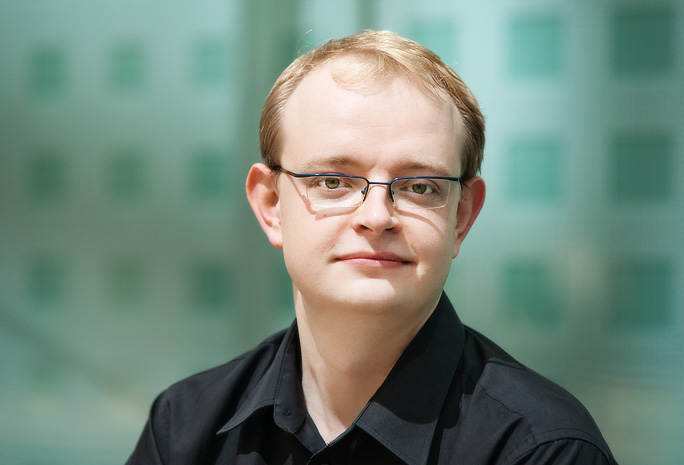 Alicja Śmietana was born in Krakow in 1983. Coming from a musical family (her father is jazz guitarist Jarek Śmietana) she started playing the violin at the age of 5 studying under Leszek Skrobacki and later Bogdan Wozniak. She then moved on to study at the Academy of Music in Kraków with Mieczysław Szlezer and later joined Guildhall School of Music and Drama to study with David Takeno and Ofer Falk. She also studied viola with Sven Arne Tepl. In 2009 she joined Kronberg Academy’s Young Soloists (Further Masters), where she studied with Christian Tetzlaff. Winner of numerous competitions and awards she was quickly recognized as one of the most important violinists of the young generation. In 2002 she’s been invited to play with Kremerata Baltica  – a chamber orchestra led by Gidon Kremer which gave her opportunity to work closely with worlds finest musicians. Since then she has played with Kremerata Baltica on number of other occasions. As a soloist she made her international debut performing a Mozart concerto under direction of Sir Neville Marriner with the Academy of St Martin in the Fields. She has performed as a soloist and chamber musician together with Nigel Kennedy, Gidon Kremer, Yuri Bashmet, Martha Argerich, Ivan Monighetti, Boris Pergamenshikov and others. Attending many international masterclasses she got artistic guidance from many musicians including Hagai Shaham, Dorothy DeLay, Ana Chumachenco, Tabea Zimmermann, Michael Frischenshlager, Erich Gruenberg, Albrecht Breuninger, Zvi Zeitlin and Itzhak Perlman. She is a co-artistic director of Nigel Kennedy’s Orchestra of Life. Following her successes she has played concerts and recitals in major venues all over the world including recent appearance at the Royal Albert Hall, Royal Festival Hall and Berlin Philharmonic. She is very keen on improvisation and is also performing a lot of experimental music, jazz and contemporary electronic music in venues such as the 100 Club, the Vortex and Ronnie Scotts among others.

Grzegorz Mania graduated with distinction from the Music Academy in Krakow, where he studied piano under Professor Stefan Wojtas and from the Guildhall School of Music and Drama (distinction), where he was tutored by Martin Roscoe, Charles Owen and Caroline Palmer. He is also a graduate of the Jagiellonian University, where he read law and is now preparing a PhD about music and copyright. He works as a soloist, with orchestra, as an accompanist and chamber musician as well as regularly duetting with the finest young Polish violinists. Performing at the International Chamber Music Workshops in Pulawy (Poland, 2003-2005), he has also been a finalist in a number of international solo and chamber competitions from 2002 to the present. Grzegorz played in many important halls (including St Martin in the Fields, Krakow Philharmonic Hall, The Music Academy in Warsaw and Krakow Concert Halls, to name a few) and during many national and international festivals. Most recently he played a series of concerts in Vietnam, invited by the Polish Ambassador. He also did many archive recordings for the Music Academy in Krakow and the Polish Radio. He has played in masterclasses by, among others, Jerome Rose, Victor Rosenbaum, Wolfgang Redik, Tadeusz Gadzina, Anthony Spiri, Peter S. Buck, Dominik Polonski, Piotr Reichert; and has received coaching from Alexander Baillie, Ewa Bukojemska, Krzysztof Smietana, Wiesław Kwasny, DAFO Quartet, Altenberg Trio, Alisdair Beatson, Carole Presland, Krzysztof Chorzelski and Jan Janski.